MarcoSolo Design was hired by Corporate Interior Solutions to create 4 different large-scale interior graphics in the Regions Tower for commercial developer Flaherty & Collins. F&C was taking over two floors of the building and wanted to highlight it’s work and the city it resides in – Indianapolis. CIS was wanting to install floor to ceiling graphics in 4 key areas of the building. We came up with 4 ideas and MarcoSolo Design went to work.

IDEA #1 was a 48′ wide wall, the concept was using 300+ images from over the years from F&C to spell out the words LASTING LEGACY. F&C wanted to show its volunteer work over the years in the Indianapolis area and thought the words Lasting Legacy was appropriate. MSD poured through over 500 images to find the best ones, then changed them between duotone blue colors for contrast. It took many hours to get the layout correct to display the words correctly but the final work turned out amazing. Approximately 300 separate tiles make up the image! 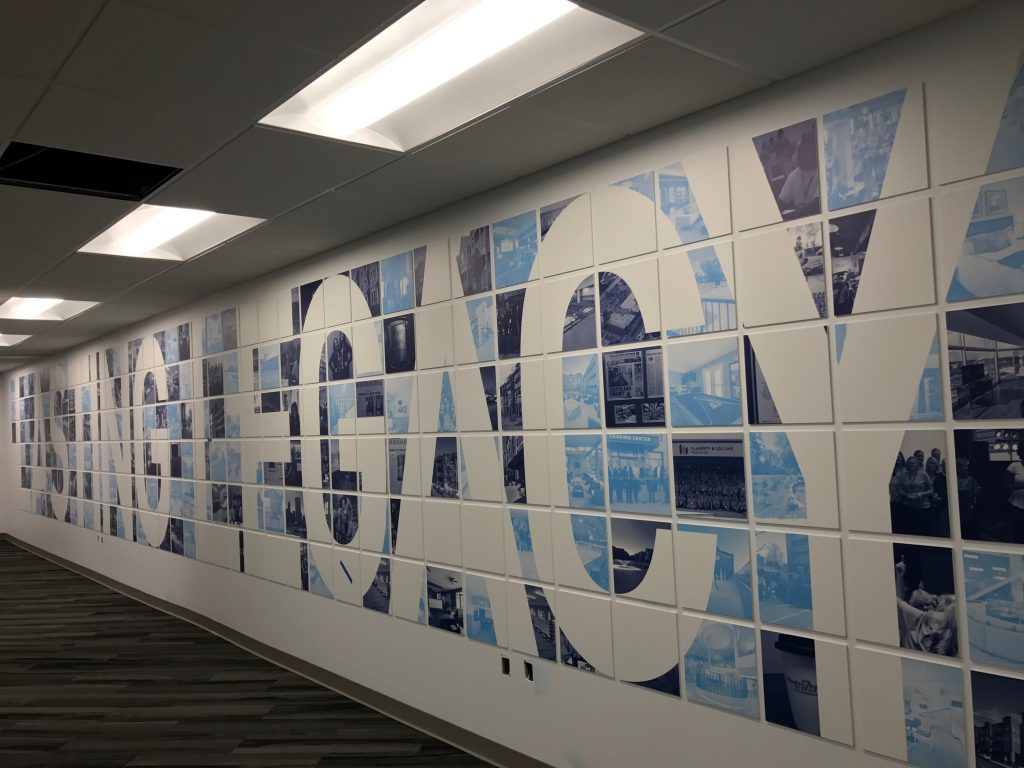 IDEA #2 was a wall for an open concept workspace, we wanted to highlight words that describe F&C today and what they offer. Words used were: retail, resident appreciation, club room, leadership, neighborhood and much more. This particular piece went through many rounds of alterations before ending with the final piece. It started off with icons, words and splashes of color but ending up coming back to a more simple clean look with just words.

IDEA #3 was to represent its current involvement in the community and to showcase awards for doing so. This was the smallest of the 3 spaces but was one of the most important to them. Using F&C’s brand colors we came up with a grid pattern to showcase images with words and keeping open spaces for awards. We believe it came out looking great and the client has received wonderful feedback on it! 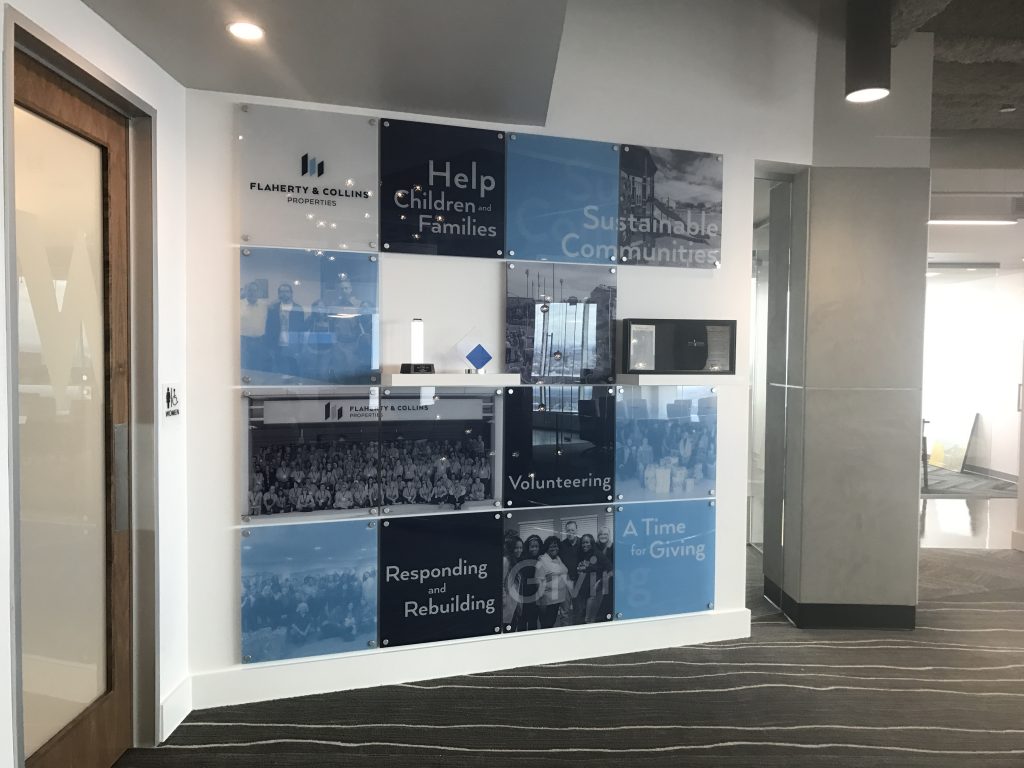 IDEA #4 was the largest of the 4 pieces at 66′ wide, it wrapped around to 3 walls. We came up with two ideas for them, the client is currently choosing between them. The first idea was a generic cityscape of a large downtown, a few of the buildings shown are from Indianapolis. All the buildings are solid color, only a handful of colors in total were used. The look is very simple but powerful with the colors. The second idea was of a pixelated wall with movement. We wanted to give the wall the feeling that it was alive and moving, representing the company moving forward and moving forward with technology. We will see which option they pick!

View all posts by: Craig Clayton